European astronomers, upon discovering a weird Earthlike planet outside of our own solar system, winningly named Gliese 581c, were immediately fearful that the sort of behavior that goes on here might be more widespread than previously believed and could only hope that the civilization is more advanced.

There was even some worrisome speculation about the possibility that the odd civilization could be at the same stage as our own and if, in fact, it might currently be playing host to such rancorous individuals as Osama Bin Laden and Imus.

Feeling that one version of such people is enough, they immediately resorted to the hope that, since the star around which the planet spins is older than the sun, any civilization there might be more advanced than our own. 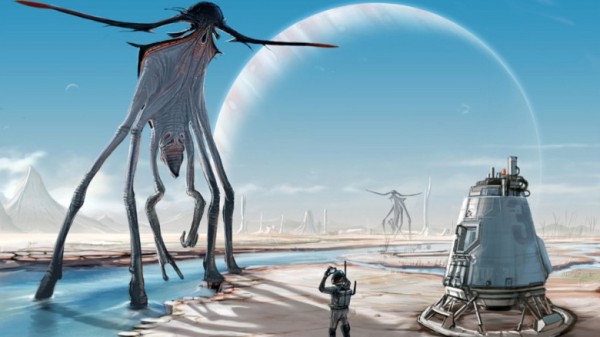 Less concerned citizens began to speculate about what sort of weird inhabitants might reside there besides mass murderers and insult comedians. The participants covered all the important categories, such as who might be the most popular singers and actors.

Of course, the most revealing way to determine who might live there is to travel to the planet, but since it’s about 20 light years away, the means of transportation is still not available.

Whether our inability to travel there just yet is good news for the earth or for the newly discovered weird planet remains to be seen.