Muslim women, condemned to wear, even when sandy temps soar, clothes that curiously resemble what nuns usually wore before they lightened up their outfits, are rumored to be preparing a rebellion that is scheduled for a date that is being 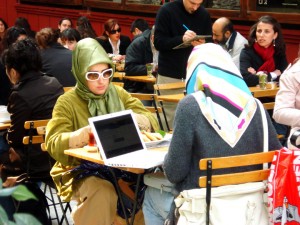 kept under wraps until it breaks out, to the horror of Muslim men, in scant bikinis.

Order takers at online bikini retailers note an unprecedented surge in orders for the scanty attire from Muslim nations.

Interviewed in a secret location, while keeping her name hidden even from her own family, for fear of being stoned in the traditional way, a Muslim woman who already has her bikini hidden away for the great day, commented, “The men want to hide our beauty in the closet and the clerics want us to take responsibility for the design of the human body, but, the truth is, we didn’t have anything to do with it. Our job is just to live with the design. In fact, to love it and be proud of it as the way Allah made us.” 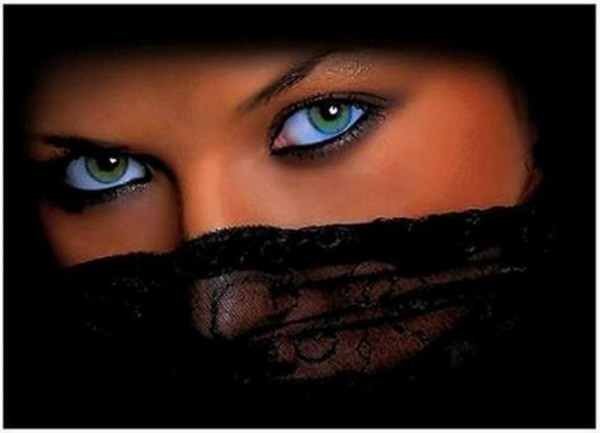 Then, pulling out her colorful little thing from under her uncomfortably hot black burka, she added, “I can’t wait to put it on. If I don’t get stoned first, I’m going swimming, too.”

Rumor of the undercover rebellion has ordinary Muslim men and imams nervously practicing putting their hands over their eyes, lest the eternal beauty of the female form excite their natural attraction to women and, worse yet, incite them to allow their secluded but lovely women to update their heavy medieval garb.

As one imam confided, “To tell you the truth, I hope the women lead the way. Some days my head gets awfully hot under my turban. I’d sure like to let the breeze blow in my hair for once. I just know Mohammed had days in the desert like that, too.”