The Haunted House in Niagara Falls, Canada, prides itself of its world famous Nightmares Fear Factory attraction – and they sure got the pictures to support it. The funny pictures are shot by strategically placed secret cameras which capture the visitors at their most vulnerable stage. Now that’s just doomed to be good!

Curiously, a pattern emerges that guys tend to either hind behind or hold on tightly to their girls when they’re terrified; crunching together is another common natural reaction. You can also spot pictures where some people already know they’re being photographed, and that way try to play the joke on the photographers. What works as a hell of a good commercial for the Haunted House, sure gives us quite some laughs, too! 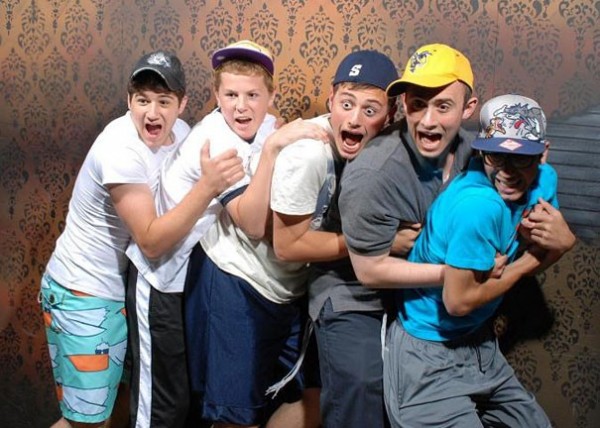 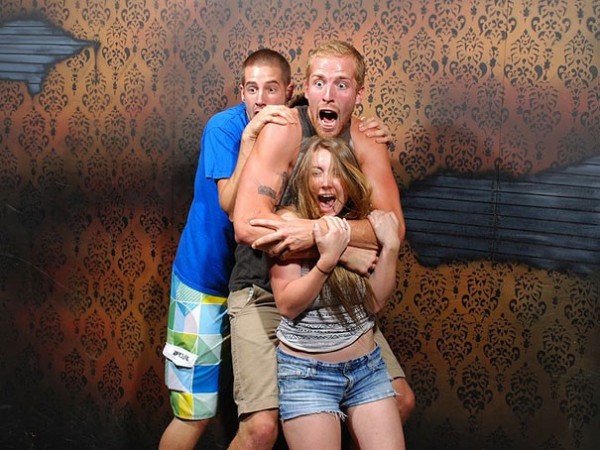 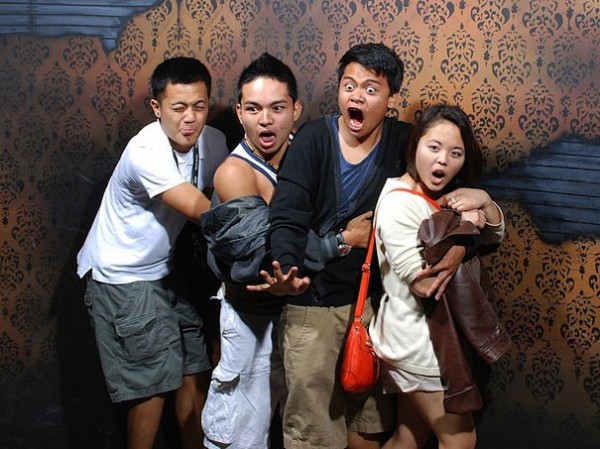 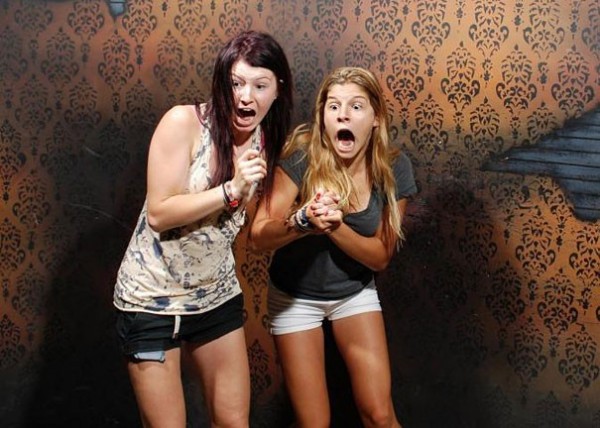 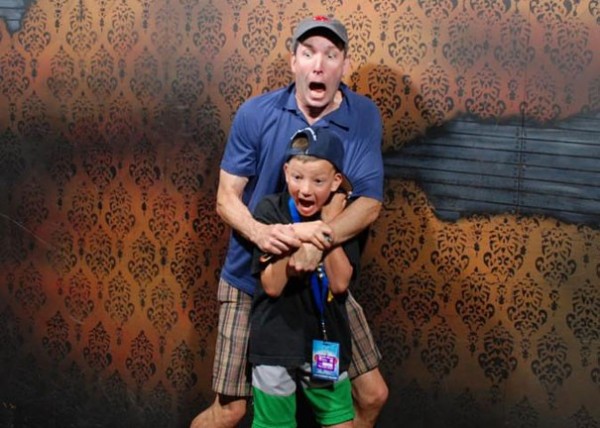 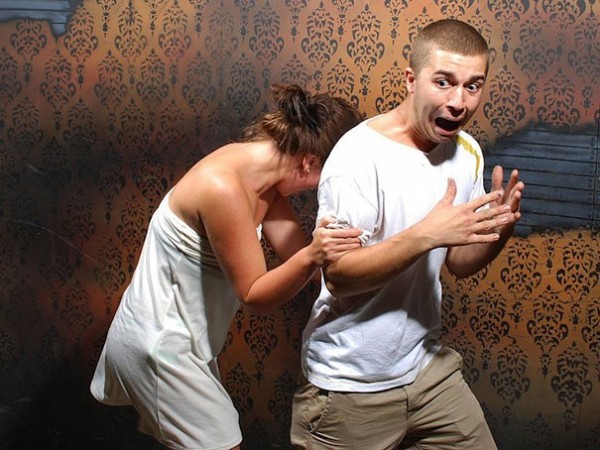 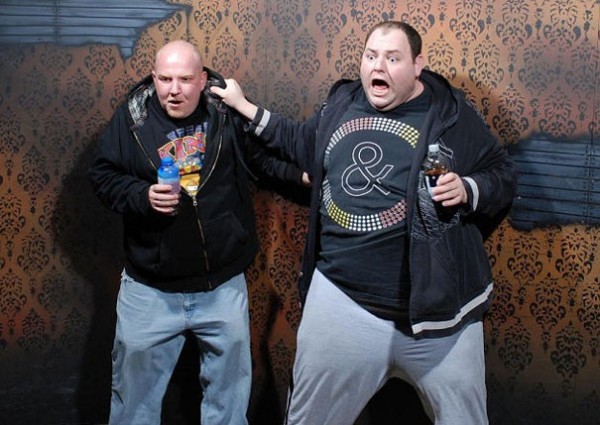 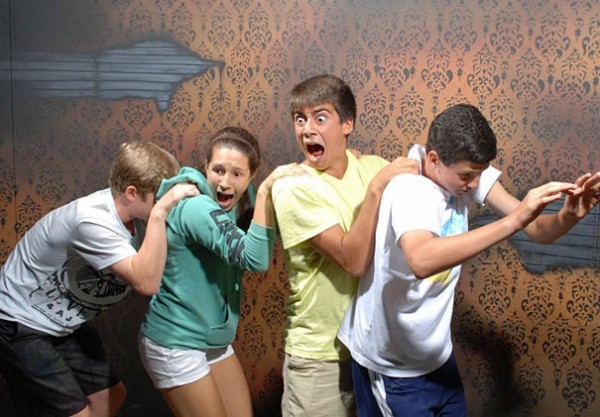 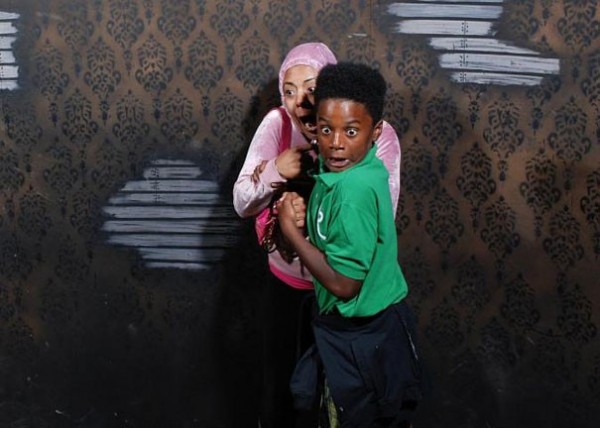