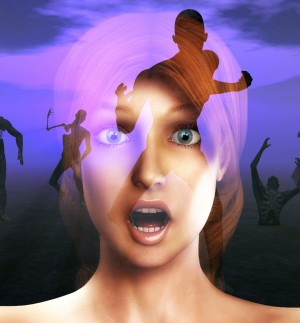 As if Halloween isn’t in big enough trouble because of the ability of the everyday world to spook us, two of the fright night’s favorite ways of horrifying children have now been declared scientific impossibilities.

A scientist, determined to disabuse the public of its belief in the preternatural, has proved mathematically that vampires can’t exist. Using a calculator, he determined that if a vampire sucked one person’s blood each month and, in the process, turned every victim into a vampire, who in turn began to bite other people at the same rate, after just a few years the entire human race would be vampires. To be exact, he started on January 1, 1600 with just one vampire and the current human population of 537 million. According to his calculator, by July 1602 normal folks would have vanished. Since that doesn’t appear to be the case, the existence of even one vampire has apparently had the stake put in its heart.

Speaking about vanished, the same scientist, named Costas Efthimiou, attests that ghosts are an impossibility. Why? 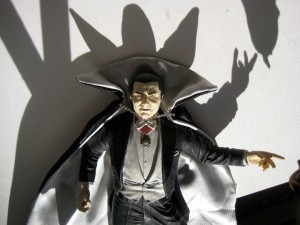 Efthimiou (don’t you just love this guy’s fit-for-a-monster name?) has determined that ghosts actually violate Newton’s law of action and reaction. How so? If ghosts walk, their feet apply force to the floor, which means they’re made of something. But, if they can go through walls, they have to be without substance.

What? Ghosts who want entrance to your home are now reduced to showing up at your door, like ordinary trick or treaters? How frightening is that, especially since you can always duck behind the couch and pretend no one is there?

Of course, if Efthimiou is right, you’d be right. Nothing could be there. It must have been the wind.